Cristiano Ronaldo dos Santos Aveiro, well-known as CR7, was born on February 5th 1985 in Funchal, Portugal. He was into football at the age of three.

He is the fourth child of Mr. Jose Diniz Aveiro and his mother is Mrs. Maria Dolores Dos Santos Aveiro. When he was a kid, his favourite team was SL Benfica. Getting older, he joined Sporting Lisbon in 2002 until 2003.

In 2003, Sir Alex Ferguson called him to play with Manchester United where he started wearing back number 7.

It was given as a symbol that he would become a legendary player as the predecessor i.e. John Berry, George Best, Steve Copell, Bryan Robson, Eric Cantona and David Beckham. His position is in right or left-wing or as centre striker. He is an outstanding football player.

He moved to Real Madrid to compete in BBVA League, Spanyol in 2009 wearing back number 9 when finally was back to number 7 after Raul Gonzales passed away.  Now, he is playing for Juventus and Portugal national football team.

He achieved prestigious awards that was FIFA Ballon D’or in January 2015 in Switzerland, Golden Ball, Golden Shoes, and other trophies with his team.

He is a popular, generous and humble football player. He had sold his golden shoes to help children and victims of war in Palestine.

This 35 year-old super guy now has just become only the second male football player to score one hundred international goals.

His 100th goal created as Portugal down Sweden 2-0 in UEFA Nations League, Sept. 8, 2020 in Friends Arena, Stockholm, Sweden. So far, he has collected 101 international goals and needs 8 more goals to be 109 as Ali Daei did for Iran national football team. 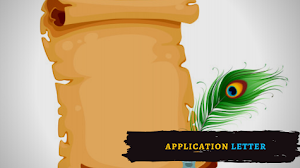